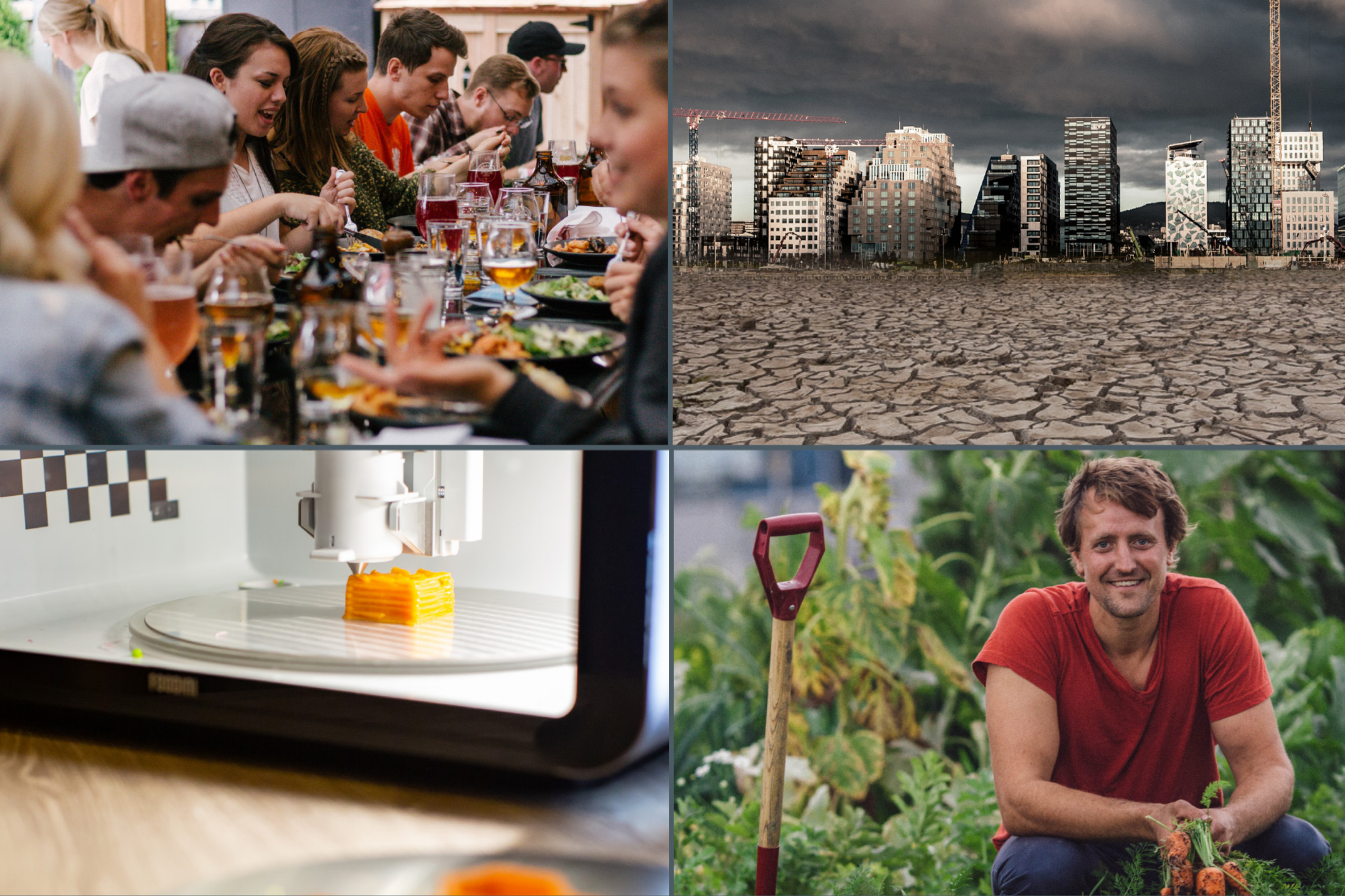 How can we prepare ourselves for a future we don’t know? Food innovation experts at Nofima help the food industry visualize and prepare for future events and challenges.

In a recently published report, researchers Antje Gonera and Katja-Maria Prexl present four possible scenarios for the future of food in Norway.

“We wanted to develop an approach that could help food producers prepare for change, come up with innovative ideas and accelerate the shift towards sustainable and profitable plant-based food production,” says Nofima senior scientist Antje Gonera.

The scenarios were created in the FoodProFuture (FPF) project, in cooperation with other researchers and industry partners. To help visualize each scenario, the report is accompanied by four short films (can be found at the end of this article).

What is a scenario?

A scenario is not a prediction of the future. The scenario-approach is designed to encourage reflection and to develop possible stories and pictures of the future.

These stories can then be used to make sense, or obtain a deeper understanding, of a complex or remote issue or even adapt a company’s strategy towards the desirable future.

“Being scared by fiction is better than being harmed by facts,” Prexl says. “By anticipating the future, we can make changes and act today, to be prepared and thus improve our prospects”

They began by understanding the status quo and identifying emerging driving forces that are likely to re-shape the future Norwegian food system, such as climate change and plant-based food trends.

“If you only rely on yesterday’s consumer research, you risk missing powerful information about the future and future opportunities,” Gonera says.

Prexl and Gonera therefore categorized, evaluated and integrated the future drivers into a scenario frame. The four scenarios were then designed and selected, describing possible directions for the future of food systems in Norway.

Are we headed for food scarcity, overflow, nationalization or a tech revolution? Scenario frame illustration from the report. Illustration: Halogen

How to use the scenarios

The creators recommend using the scenarios to assess the robustness of current strategies, renew them for a more sustainable food system in Norway and to uncover new ideas for innovation.

“We cannot expect perfectly defined futures, but the scenario tool can help us to solve problems differently and develop new perspectives,” Prexl says.

“This allows us to see the world with new eyes and open our mind to think in a way differently and plan for actions.”

To use the scenarios for starting a strategic dialogue, the researchers suggest starting by asking general questions for each of the four scenarios, or a combination of them. For example:

“After that, an effective way to encourage a good discussion is to ask “What if …?” about a certain problem, trend, threat or opportunity,” Prexl says. “We recom­mend using these powerful two words when you en­gage with the FPF scenarios and you want to facilitate a fruitful discussion and a strategic process.”

After all, “the best way to predict the future is to create it.” (quote by Peter Drucker)

Four scenarios for the future of food

The scenarios, accompanied by a short film created by the project, are listed below.