People are embracing plant-based, ready-made food – but is it always healthy? 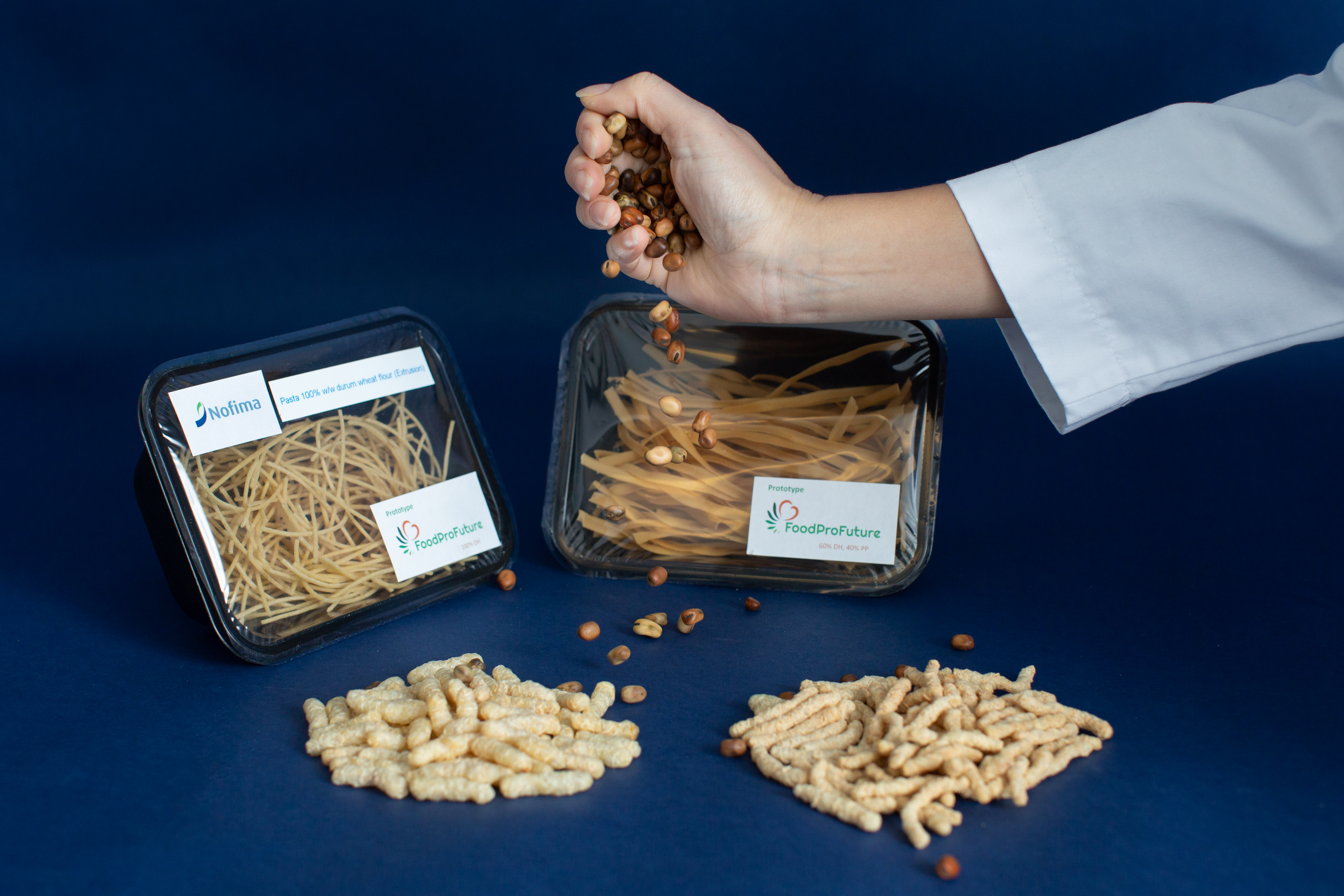 Many of the vegetarian products in grocery stores contain little protein and a lot of carbohydrates. The test products we see here are developed by Nofima and contain 50–60% protein. They are good, healthy and attractive plant-based products with high protein content. Joe Urrutia © Nofima

Plant-based food as an alternative to meat is increasingly popular these days. During the research event Forskningsdagene in Oslo, 60 participants were introduced to the latest research on the exploitation of plant proteins carried out by the FoodProFuture project.

“The exploitation of plant proteins is part of the solution for sustainable food production. Peas and beans are protein-rich legumes that can be grown in Norway and may help increase food production and contribute to a lower environmental impact and better health”, says Anne Kjersti Uhlen, professor at NMBU.

She opened the seminar at Kulturhuset in Oslo in front of a large audience interested in plant-based solutions. 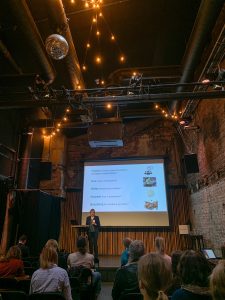 The audience was quite surprised when the results from consumer research on plant-based food was presented: The main reason why Norwegians eat less meat is not because of the climate and environment.

Opting out of meat – occasionally

Norwegian consumers primarily wish to reduce their meat intake due to health reasons (71%), but also because of environmental/climate (36%) and animal welfare considerations (26%). This is according to a research paper produced in the FoodProFuture project (Bugge & Alfnes, 2018).

“At the same time, many young people say that the reason they wish to limit their intake of meat is motivated by environmental, animal welfare and ethical considerations. Women are also far more concerned about animal welfare than men are”, says researcher Annechen Bugge at SIFO, Oslo Met.

At the same time, very few choose to change to a completely plant-based diet. The number of people with a vegetarian (3%) or vegan (1%) lifestyle is the same as it was 10 years ago.

Why we’re seeing a “vegetarian boom”

“The increasing focus on reducing meat consumption has resulted in an increasing number of flexible vegetarians, or flexitarians”, says Bugge.

A flexitarian is a person who consciously opts out of eating meat, fish, eggs and dairy products, either often or occasionally. So what do flexitarians buy when they wish to cook vegetarian food? Sacks of potatoes, carrots and cabbage?

Not so much – convenience foods is really what they’re after.

“Many people express that they find it difficult to prepare vegetarian dishes. However, the acceptance of ready-made food products is far greater for unfamiliar dishes we are not accustomed to, than for familiar and traditional dishes. In this regard, freeze-dried fårikål, (traditional mutton stew) is therefore an entirely different matter than a Thai or Burmese vegetarian dish”, she says.

Sales of vegetarian foods are growing, and an increasing number of people wish to have a more plant-based diet. The food industry has certainly taken note of this, and has introduced dozens of new vegetarian and vegan products in Norwegian grocery stores in the last couple of years. However, vegan products do not always represent a healthier alternative.

Tove Devold is a researcher at NMBU. She describes two different types of white cheese found in grocery stores, one made in the traditional way with pasteurized milk, and the other made with water, vegetable oils and starch.

The cheeses are more or less equal in terms of fat content – but the other nutritional contents of the cheese surprised the researcher.

Instead of proteins, the vegan cheese contained an entire 22% carbohydrates, whereas the dairy based cheese had 0% carbs. This is due to the heavy use of starch from potatoes and other sources.

“This is an example of the challenges that may arise when we start using new raw materials to create analogue products, that is, products imitating the ones we are familiar with”, says Devold.

She believes new methods for manufacturing protein-rich ingredients would bring us one step closer to improving the nutritional content in analogue products. 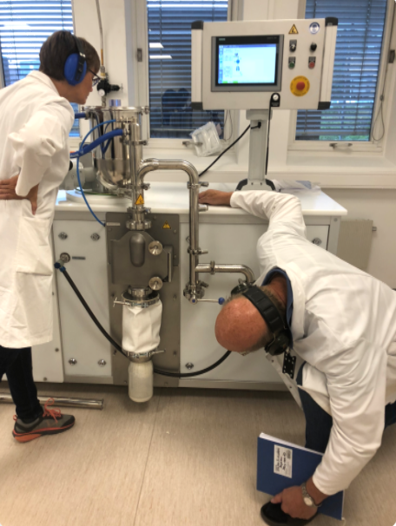 The dry fractionation machine is up and running at Nofima. Photo: Svein Knutsen / Nofima

At Ås, several Nofima researchers are working to achieve this. At the seminar, senior researcher Svein Knutsen proudly showed pictures of his new “baby” – a dry fractionation machine.

“This enables us to separate proteins and starch from each other in a sustainable way, without the use of chemicals”, he said.

The processing involves fractionating plant material from, say, legumes (such as peas and beans) using a processor and a flow of nitrogen. The result is a flour-like powder with a significantly high protein content (50–60%) since the bulk of the starch has been removed.

The goal of Knutsen and his colleagues is to use the protein-rich powder to experiment with new meat analogous products with a high plant-based protein content.

“From the initial experiments with soy protein, we are now able to make products using only proteins from beans. These are products with a meat-like texture and bite, not to mention that they are healthy and rich in protein”, he says.

The next challenge is to utilise proteins from peas, and to improve the taste.

“The main challenge with all these proteins is to make them create structures that stick together in a way that makes it possible to create attractive food products”, he concludes.